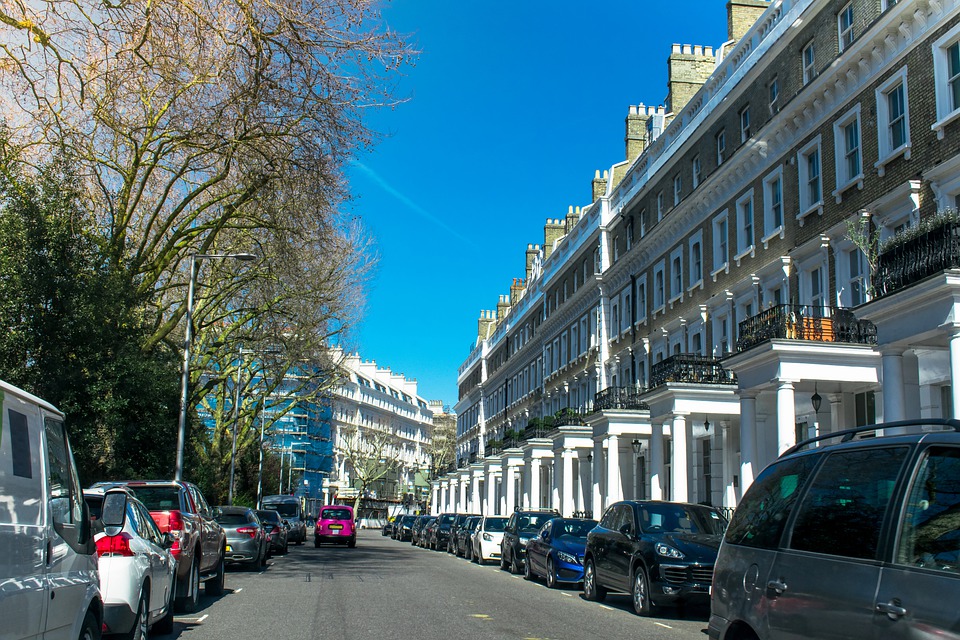 After last year’s depressed city centre rental market, city centre rents are steadily rising again. This trend is of particular interest to new UK expat buy-to-let investors, who are now starting to see the value to be had from city centre investments, whether off-plan or on a resale property.

Pandemic Life Vs The ‘New Normal’.

‘What the pandemic created’ says Stuart Marshall ‘is a whole wave of people looking to move away from the city centre. During lockdowns where people were confined to their homes, the city centre lost out to rural and suburban areas as people searched out more space and proximity to green spaces. Consequently, the price of properties in the city centre fell a little in value, whilst rents also suffered from the falling demand. However, what this fall in cost has created is an opportunity for those UK expat and foreign national investors who recognise that normal life will eventually return to city centres – and in a big way. Along with the range of UK expat mortgages available to UK expats, city centre property is a very good way of entering the UK property market. Now that life is approaching the ‘new normal’, city centres are regaining some appeal. Their vibrant social scenes proving enticing for those who have been deprived for over a year. Workplaces are also welcoming back their staff for at least part of the working week, incentivising workers to move back to the city to avoid long commutes from the suburbs.’

How is the Rental Market Affected?

These changes are translating directly to the rental market and yields have risen because of a fall in the cost of city centre property and a subsequent rental recovery. For investors who bought in a city centre this year, the average gross yield has risen to 5.3% – up from 4.7% in 2020.

‘London was of particular interest during the height of the pandemic. In effect a two-speed market came into being – with London growing negatively compared to the rest of the country. This was also true of London’s rental market. However, we did also note that the fall in the value of London property did present an opportunity for UK expat and foreign national investors looking to invest in the capital. Now that opportunity is beginning to manifest itself in the rental yields that investors are seeing. 35% of investors who purchased in London this year are reaping yields of over 5%, up from 30% in 2020. With prices still somewhat depressed, UK expats can still profit from a rental recovery in the capital. Rents fell to their lowest in London in April 2021, when they were 20.4% lower than the same time in 2020. However, by June rents had recovered slightly and were only 16.5% lower than the same time in the previous year. This upwards trajectory in rents points to a profitable future in the city for those UK expat investors canny enough to invest.’

Across the Rest of the UK.

London is not the only area that is growing. The rest of the UK’s cities are also seeing growth similar to pre-pandemic levels. For new buy-to-let investors in cities outside of the capital, the average yield has risen to 6.2% from 5.9%. ‘And the future looks bright’ says Stuart Marshall, ‘with average gross yields in cities outside the capital at their highest level since 2016.’

While cities are performing strongly, the areas outside of city centres have waned sightly as a result. New buy-to-let investors in areas outside of the city centre are also seeing 6.2% yields. However, this is down from 6.4% in 2020. Property is also more expensive in these areas with city centres still offering great bargains for savvy UK expat and foreign national investors, especially those who have access to some of the great funding deals available.

‘Expense and accessibility are the main thing for UK expat investors’ advises Stuart Marshall. ‘With Zoopla reporting that the average cost of a house has risen by 7.3% in the last year, desirable houses – typically a three-bed suburban family home – are getting harder to justify as an investment property. On the other hand, flats – typically in the city centre – have only risen by 1.4%. With many options available for flats including new build, re-sale and off-plan developments, city centre flats are a great choice for first-time UK expat investors. The lower cost of such properties only contributes to an easier investment and higher rental yields – especially as a return to pre-pandemic rental growth is on the horizon.’

Rental growth in the city is expected to continue to strengthen too. With the steep rise in property prices, prospective buyers are stuck in the rental market as they are unable to afford their own house. This shift means renting has become cheaper than buying and is the only option for many. Further, younger people are favouring renting in city areas to facilitate a strong social lifestyle revolving around clubs, bars, restaurants, live music, and many other attractions. Younger people are also living more fluidly, more willing to move, travel and change jobs, which is leading to a whole generation choosing to rent to avoid being ‘tied down’ with a mortgage.

It goes without saying that city centre flats will be the properties of interest for new UK expat investors. They are affordable and there is good stock availability, along with good access to UK expat mortgages to allow funding of most property purchases. Further, they are currently being snapped up quickly in the rental market. However, the question remains where to invest. There is great regional variation in the price growth for flats and this will help to decide where to invest. The major UK cities are always a good place to start as they perform consistently well with rental yields and capital growth in those areas will contribute to the long-term profitability of the investment. In Wales, price growth for flats is only up by 0.9%, which presents an excellent opportunity for UK expats looking to invest – with Wales highlighted as a serious growth market in the near future. Other areas of interest are the North West, home to two of the most popular rental cities – Manchester and Liverpool – where price growth for flats is up only 3.4%.

Meanwhile, as noted above, London is in the midst of a rental recovery. However, price growth for flats in the capital is down by 0.5% – so London could present one of the best opportunities for UK expats looking to invest. 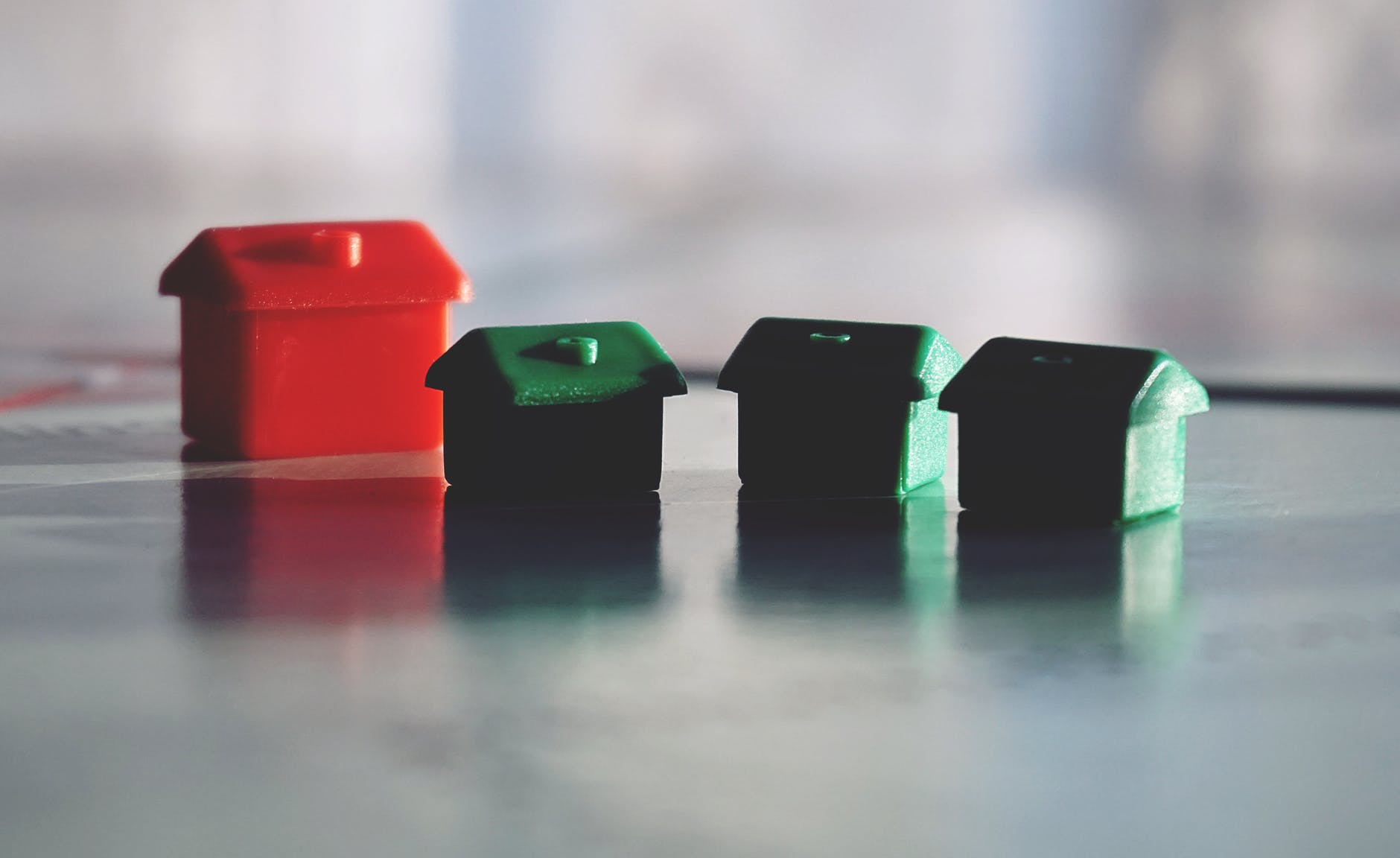 In the search for higher returns, UK expat buy-to-let investors need to look beyond the capital to offset the impact of profit-eroding legislation.

Buy-to-let UK property has long been seen as a lucrative investment, often used to provide an inheritance for the investor’s children, as a pension alternative, or as an ancillary form of income. Buy-to-let investors are looking North. And UK expat buy-to-let investors need to be looking North too! There’s also been a clear growth in the number of buy-to-let landlords operating as a limited company compared to last year.

According to research from the BVA BDRC Landlord Panel for Q1 2021, this is the first time in over 4 years that a higher proportion of landlords are intending to expand their portfolio rather than reduce it (19% vs. 17%). The same research has also shown that 61% of landlords plan to use a buy-to-let mortgage to fund their next purchase and 29% of buy-to-let borrowers intend to remortgage in the next 12 months.

The Need for Higher Returns.

Due to legislative tax changes in the last few years, landlords are having to seek out areas that offer higher returns. In 2016, a 3% stamp duty surcharge was introduced for the purchase of second homes. In April 2020, it was announced that landlords could no longer claim mortgage interest as a tax expense. These changes have slowly eroded some of the profitability for UK expat and foreign national landlords. Despite this, landlord optimism in the near-term prospects for capital gains and rental yields has significantly increased year-on-year, by 26% and 24% respectively.

Landlords operating in London are most likely to have seen a fall in tenant demand in Q1 2020 and Q1 2021. So, where are UK expats and foreign national property buyers now looking? The answer is in so called ‘UK hotspots’ where higher returns offset the impact of the changing legislation and price entry points are a lot lower than some of the more traditional buy-to-let property areas.

London Investors Looking Outside the Capital.

Between January and July 2021, 12% of UK property purchases were by investors. This was the highest since 2016 and is testament to the strength of UK property investment. ‘As a UK expat or overseas investor, it’s vital to see where investments are being made’ says Stuart Marshall. ‘Keeping track of these trends will help you to recognise where the most profitable areas will be when looking to invest.’

So, where should potential UK expat and overseas buy-to-let investors keep an eye on?

‘What’s really interesting to see’, continues Stuart Marshall, ‘is where the capital’s property investors are putting their money. 63% of homes bought by London-based property investors in 2021 have been bought outside the capital. This figure has been steadily rising for years – more than doubling from the 26% we saw ten years ago in 2011. The main driver for buying outside of London is obvious – the returns are higher elsewhere!’

Although a rental recovery is happening in the capital, it’s not enough to keep London-based investors there. Only 35% of investors who bought in London this year are seeing rental yields above 5%. Further, as of June 2021, rents in London were 16.5% lower than the same time a year ago, meaning investors who purchase in the capital are losing out on rental earnings. Though this has recovered from the 20.4% depression that we were seeing in April, it’s still not enough to keep UK expat and foreign national investors from looking elsewhere. For example, the average yield in cities across the rest of the UK is 6.2%. This figure is also the same for the average rental yield in areas outside of cities across the UK. So, London is falling far behind other areas of the UK and it’s forcing UK expat and foreign national investors to look elsewhere in the search for higher returns.

Where to Look for UK Expat and Foreign National Investors.

One area of interest, particularly when charting the behaviour of capital-based investors, is the North East. Here, landlords were responsible for almost a quarter of all purchases between January and July this year. ‘Both rental yields and capital growth in London are being far surpassed by Northern regions. And, increasingly, London’s investors are looking toward these areas for greater returns. For UK expats and foreign nationals looking to invest, taking note of this trend is important as it’s a strong indicator for where the best rental yields are going to be found. For example, in Middlesbrough and County Durham, London’s investors bought 28% and 25% of properties sold respectively in those areas in the last year. It’s clear to see why these areas have garnered such recent popularity with Middlesbrough and County Durham earning yields of 9.2% and 9.6% respectively.’