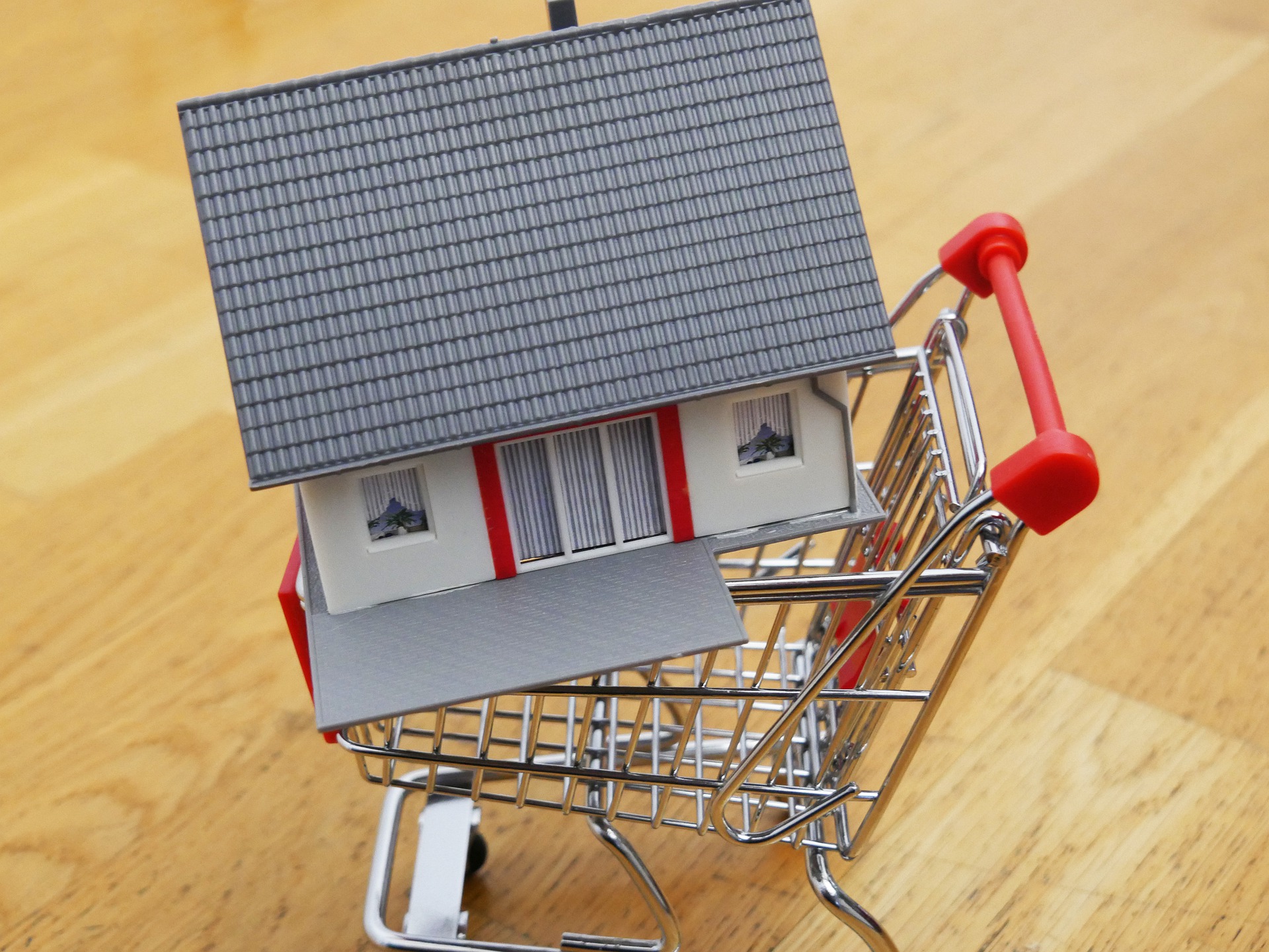 A sudden spike in interest in the prime central London property market is being reported by a leading high-end developer, which has seen a dramatic uplift in sales at its showcase luxury development in the UK capital.

Trends that unfolded during the pandemic have seemingly shifted into reverse with the centre of the city re-emerging as a magnet, as investors look to hedge against an expected surge in British inflation.

“It is selling, and it’s selling fast. We’ve gone from 30 per cent committed to 65 per cent, in just a matter of weeks, and I think it will continue.”

Mr York was referring to sales at No. 1 Grosvenor Square, the company’s flagship luxury development in the heart of Mayfair, just a stone’s throw from Bond Street and Oxford Street’s Selfridges department store.

With just 44 apartments on offer, the building was formerly the US embassy, with notable ambassador Joseph P Kennedy, the father of JFK himself, a former resident, once installing a replica of the Oval Office in the building. The remnants of that work are now clearly visible in the property’s ornate central lobby.

It later became the Canadian High Commission from 1961 to 2014, until Lodha UK, a subsidiary of India’s Lodha Group, purchased the building for a reported £308 million ($419m) and dismantled it brick by brick, before restoring its facade with the original materials and raising the ceiling height to 4.2 metres to accommodate modern tastes.

The result is a hyper-luxury development with apartments starting from £8.65 million, and luxury additions such as a Residents’ Club & Spa with private gym, swimming pool, spa and cinema, as well as private lifts, a personalised concierge service and a secure private entrance for cars. While the “race for space” has seen many buyers exit London to buy homes outside the UK capital, the developer said the reverse is suddenly true.

Surge in buyers from the GCC

With more homes sold at the development in the past four weeks than in any 12-month period, Mr York says a number of factors have triggered this radical shift in market activity, with one of them a change in the type of buyer.

While the early buyers all lived within 150 metres of the development and included chief executives or chairmen of FTSE 350 companies, 25 per cent of customers heading through the doors over the past six weeks are families from the GCC, “particularly from the UAE”.

“That can be everything from royal families to large business families and trading names,” says Mr York, who noticed a ramp up in interest from the region in September when the UAE and UK signed a Strategic Investment Partnership.

While the most expensive apartment remaining costs £40m, for a five-bedroom home, average deals now hover between £20m and £25m, with 30 per cent of the project now sold and handed over, 20 per cent pending completion and a further 12 to 15 per cent agreed.

The surge in GCC buyers is partly follows the easing of travel restrictions over the summer, says Mr York, but there is also “something different about what our Middle East customers are seeking”.

“Often it’s about a larger family, so we’ve had offers for multiple apartments for different family members, such as brothers wanting to live side by side and parents and children wanting to be close but not together,” he says.

Privacy and security are also very important, with the building’s proximity to the Italian Embassy a plus, along with a covered entrance for cars, with owners’ vehicles parked using “The Vault”, reportedly the largest and fastest automated parking system in the UK.

The service offering is also key, with services provided by Lodha UK’s private management company Saint Amand, a team of 30 hospitality professionals who not only manage the residence but also make travel arrangements or book shows and restaurants across London.

Rather than tie up with a hotel brand, Lodha UK wanted an offering that worked for residents rather than tourists at both the Grosvenor Square location and Lodha UK’s sister development Lincoln Square, just 10 minutes from St Paul’s Cathedral.

While No.1 Grosvenor Square started out as 48 apartments, there are now only 44 after some buyers amalgamated several residences into single homes.

One of the biggest deals started in April 2020 — completing in October last year — just as the pandemic was taking hold, with a penthouse and two apartments purchased for £147m.

The buyer was a UK-based technology entrepreneur who wanted the combined 17,000 square feet of space as his primary home.

“I went to his country home to visit him and said ‘what are you doing buying in central London in the middle of a pandemic when everyone’s moving to the country’,” says Mr York, a former army officer.

“He looked at me and said ‘are you crazy, I can do two days here in the countryside and then I’ve got to be back in London. I’m a city boy’. So the pandemic wasn’t a time to panic because that was a major transaction,” says Mr York.

However, the picture became very bleak towards the end of last year when London entered its third lockdown.

“The market froze for us”, says Mr York. “Across both our projects, in December, January and February the market just went. It was winter and people were locked up.”

Add in Mr York, his chief financial officer and other members of the team contracting Covid-19, and it must have been a challenging time.

However, Mr York describes that period as “dispiriting”, particularly as the slowdown came just after the company had received its first Middle East offer on an apartment in November.

“It was a really big moment and then lockdown swept the legs from under us, so it was a difficult few months not knowing how long it would last for.”

Market has transformed since grinding to a halt in lockdown three

What has happened since April, however, has been “quite extraordinary”, says Mr York.

The change was the emergence of an “entirely new wave of buyers” for Lincoln Square, where prices start at £2m to £3m, with one of the first buyers a doctor based in Devon.

“We started to have more curious cases like this. Normally with central London [the buyer] is going to be in financial services … people in private equity, hedge funds, running banks, and then this doctor bought,” says Mr York.

Soon after, more country dwellers snapped up homes at Lincoln Square, as they looked for a better balance between their rural and city lives.

The shift was far cry from the endless media reports of the “great exodus from London”, says Mr York. Instead people that had lived outside of London for a long time were hunting for a second home to avoid the commute or a hotel stay.

Then, in August and September, sales “ just took off”, with just five apartments of Lincoln Square’s 221 now left, a huge shift from the 65 that were unsold when the company entered the pandemic in March last year.

“In the last three months, the total amount of sales we’ve done across both projects is more than we’ve done in a whole year ever before — so the sales in that period exceed the maximum annual sales we’ve ever done in London,” says Mr York.

For a company that has only been selling since 2016, it shows how quickly the market has shifted away from the suppressed prices seen in the prime central London market in recent years.

Earlier this month, consultancy Savills said prices had finally reached a “turning point”, rising for the first time since September 2014 despite the absence of international buyers.

Easing lockdown restrictions and the return of office workers to the UK capital resulted in annual house price growth of 1.4 per cent in the third quarter, the second three-month period of growth in a row, Savills said, after prices for the central London market bottomed out when international buyers were absent.

However, Mr York has certainly seen a resurgence in overseas buyers, particularly form the GCC, a market the company had barely worked with before.

The change came after Lincoln Square completed and the company noticed a change in the profile of tenants in the building, where rents cost £750 a week for a one bedroom and between £1,000 to £1,500 for a two-bed.

“There were people in their 20s from the GCC, choosing this part of London because they might be studying or at an early stage in their career. In some cases the parents owned somewhere in Knightsbridge,” Mr York says.

Four people from the GCC are currently buying in Lincoln Square, with one buyer purchasing a three- bedroom apartment to visit London and see his children who are at university in central London.

There is also a GCC buyer at Grosvenor Square, where demand has ramped up so much there are now multiple bidders on each apartment — another first for Lodha UK.

If the pace continues, Grosvenor Square could beat its sale completion target in 2024 by 18 months.

Home ownership set to surge over the next 10 years

Looking ahead, Mr York says the market is entering a five- to 10-year period where people are choosing ownership over staying in a hotel or rental to gain back control, in case the government imposes travel restrictions again.

“Ownership levels are going to increase, not just the percentage of people that own a property, but the average number of properties owned per person. And that’s going to happen across all asset classes,” says Mr York, who is a fluent Arabic speaker and plans a series of promotional videos about Grosvenor Square in the language.

“We’re going to see outrageous asset price inflation in holiday destinations and heavily visited cities such as London, Paris and Bangkok,” he adds.

“What we’ve gone through the last couple of months with car prices, gas prices and petrol prices going up as well as lorry drivers being paid more … in six months time it will have gone that way in every asset class category. We are at the cusp of a very high level of inflation and it will be property prices that go up at the fastest rate.”

Lodha UK’s’ next project, Holland Park Gate, will launch within weeks with 71 off-plan apartments. The company is raising capital for a £250m fund after customers asked to invest in future projects, though Lodha UK will be contributing up to 50 per cent of the capital.

While Savills is expecting 25 per cent growth in prime central London over the next five years Mr York says once you build in the inflation, that growth will “considerably higher”.

“If we are going into a higher inflation environment then I would not be surprised if it’s probably somewhere between 30 and 60 per cent,” he says.

“Has everybody been chasing central London property in the last six months? No, absolutely not. But right now they are. The people buying at the moment are getting ahead and positioning themselves as early as they can.”